Jamie is a narrative thriller game in which a sister is searching the woods to find her younger brother. Follow the clues to find him and drop bread slices to find your way if you get lost.

The clues include fireflies and yellow candy (because Jamie is allergic to peanuts and yellow or orange candy is typically associated with peanut flavor). Since red is his favorite, naturally you won’t find those because he’s eating them. If you do find them, you’re probably going the wrong way. Because the lighting is dark and there’s not a ton of unique landmarks, I gave the player the ability to drop bread (that’s what I downloaded from the Unity Asset store and also I am Bread had just released). As the player goes through the forest, there is audio of the sister’s thoughts about what’s happening and what she thinks of her brother… spoiler: She’s not very nice to him. 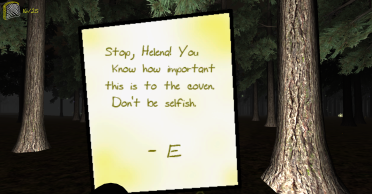 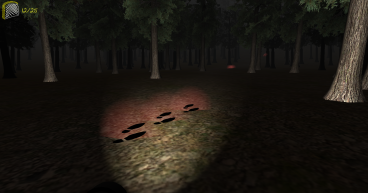